An awesome example of how powerful music can be for people with dementia. 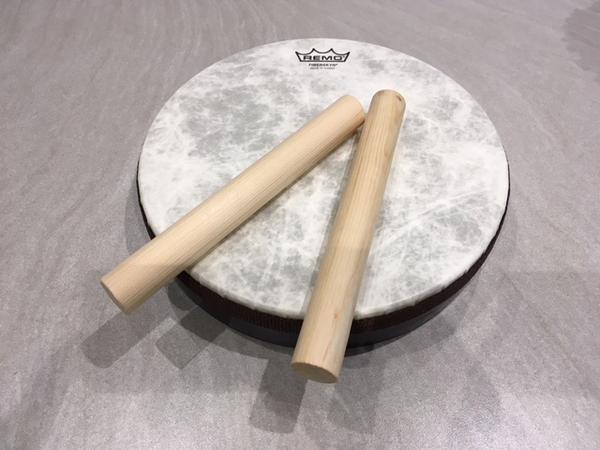 Three weeks into music sessions something amazing happened for this gent with dementia.

This week was the third in a series of music and singing sessions I was leading in Bolton with people with dementia, whilst their care partners were on the Empowered Conversations course in the room next door.

The group varied between ten and thirteen and was made up mainly of men and we had done a lot of singing of varied songs – Morecambe & Wise, Dean Martin, some new call & response songs from various cultures around the world, rounds from childhood and many other ditties. We had also been using percussion instruments in some instances. They all joined in cheerily, but there was one particular chap who was clearly not as engaged in the activities as the others. He had been joining in on some of the tunes and playing the claves but not with the same enthusiasm as the others.

This week, about ten minutes before the end the whole group were playing claves or drums whilst singing and this gent looked as though he had had enough when, out of the blue, he picked up a set of claves and started playing them on a drum which I thought was great. He carried on, and to the total amazement of everyone there, he then started playing the most amazing paradiddles. (For those of you how don’t know what this means, these are the drum rolls on snare drums like those we see military bands playing). This is something that takes great deal of practice. We had obviously tapped into a memory for him and he was very pleased with himself. In between the next couple of songs, I asked him if he would like to repeat his performance which he very happily did and received great applause.

At the end of the sessions the partitions between the rooms are pulled back and everyone meets up again. This week, as they were being drawn back I thought I would ask this gentleman if he would like to play his paradiddles one last time. He picked up the claves and repeated his rendition. Everyone looked on in amazement, particularly his wife who was looking rather emotional. I went over to her and she informed me she had no idea he could do that and that she now knew what she would buy him for Christmas! They would also have something new to talk about.

So, there we are – it just goes to show that we should try all sorts to bring out the sometimes long forgotten memories and talents to engage people living with dementia and help them live as well as possible. Music is a very powerful tool.

Empowered Conversations is a practical approach to communication, looking at how emotions, thinking and attitude can transform the quality and enjoyment of our relationships with people with dementia. Find out more here